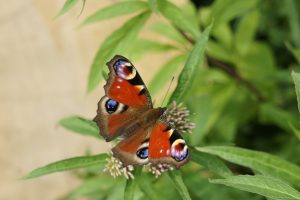 Yesterday saw the Secretary of State for Department for Environment, Food and Rural Affairs (DEFRA) confirm that despite the Lead Ammunition Group’s report “Lead Ammunition, Wildlife and Human Health” recommending a ban on the use of lead shot that there would be no change in policy. Nor would there be a change to the Foods Standards Agency (FSA) 2012 advice that ‘To minimise the risk of lead intake, people who frequently eat lead-shot game, particularly small game, should cut down their consumption. This advice is especially important for vulnerable groups such as toddlers and children, pregnant women and women trying for a baby.’ Although consideration would be given to the issues of poor compliance with the Lead Shot Regulations and whether more publicity is required to raise awareness of the FSA advice amongst the at-risk population.

The report, which was prepared for the DEFRA and the FSA can be downloaded from http://www.leadammunitiongroup.org.uk/reports/ together with the Secretary of State for DEFRA’s response.

As Joanne Holbrook says wow! So my fellow members of the SiLC (Specialist in Land Condition Register Ltd) PTP it seems like the setting up of a sub-group on #climate and #sustainability is a timely move. Looking forward to taking this initiative forward w…https://lnkd.in/exn23zAZ

After record-breaking temperatures, #wildfires, and #construction sites stopping working due to #extremeheat, it feels very timely to be having a meeting looking at #extremeweather events and #brownfield sites at CIRIA tomorrow. There are a few more plac…https://lnkd.in/eY9tqp34

What a fabulous way to finish this year's University of Portsmouth MSc module in #contaminatedland and #remediation with Steve Jackson's talk on Remediation ( when the fun starts!) . Thank you Steve for setting up such a great workshop that gave our st…https://lnkd.in/ecSTRXue